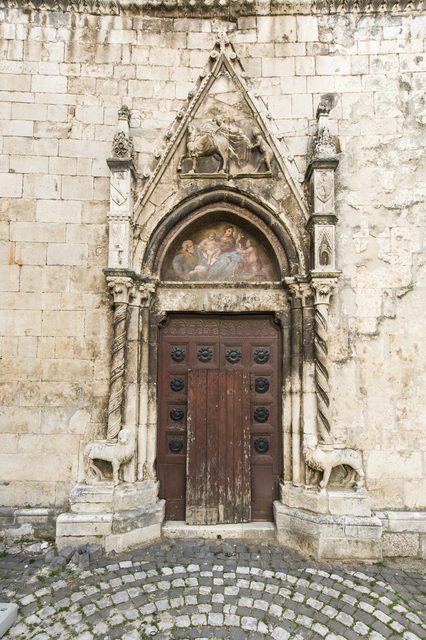 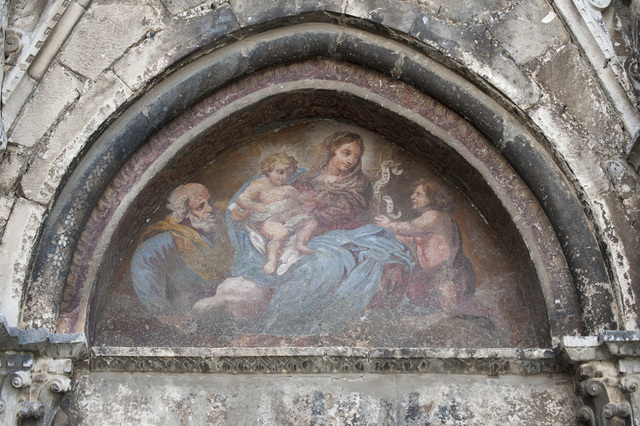 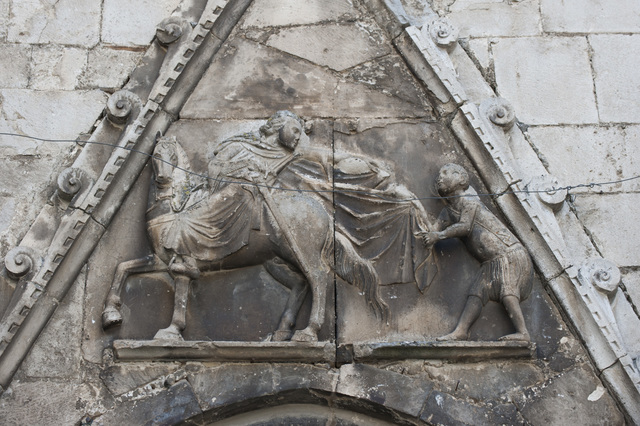 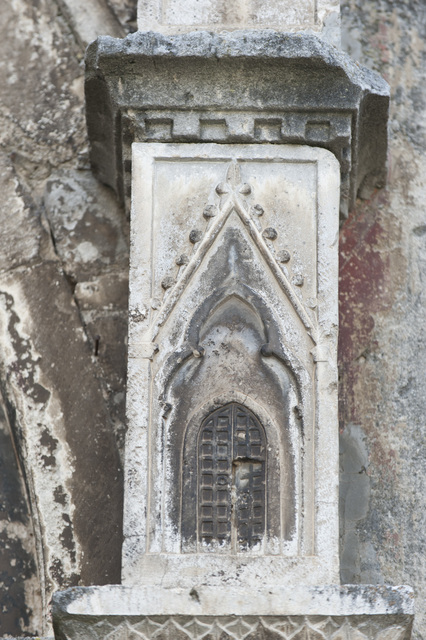 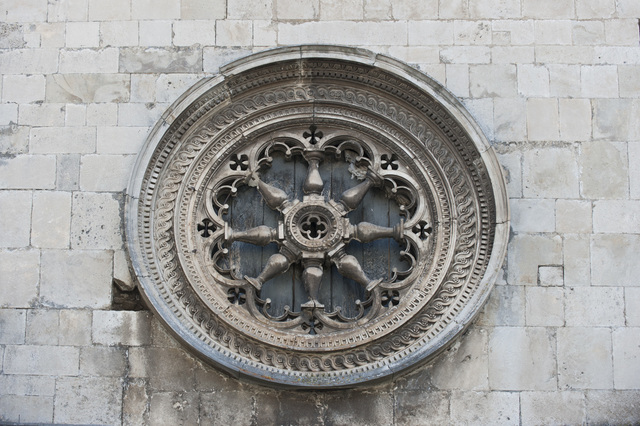 The facade, with horizontal crowning, is flanked by the bell tower.  It has two portals: on the side that leads into the left aisle, the doorway is Baroque, like the highest part of the bell tower. The right-hand portal is however in a Gothic style and dates back to the 14th century.  It is similar to the portal of the church of Sant'Agostino in Sulmona, which was later relocated onto the facade of the church of San Filippo Neri in the same city. In Gagliano the portal is characterised by twisted columns on lions that frame the slender gable, flanked by side cusps.   In the middle is a bas-relief depicting St. Martin on horseback in the act of giving his cloak to a beggar.
The rose window above the portal is however of the Renaissance period and is decorated with dentils, ovals and rosettes and a sunburst of eight columns made of shaped balusters that support the arches of the trefoil at the centre. Inside the church, in the apse, there is still the 17th century fresco depicting the eight stories of St. Martin.  This is from the same period as the statue of the saint, in gilded wood, which is located in the transept.

The present church is the result of numerous architectural projects over the centuries. The original building dates from the first half of the 14th century and was commissioned by Isabella d'Acquaviva, Countess of Celano. In the 18th-century the church was expanded to include the three naves. The main facade in its current form dates from 1614, although it still retains Medieval elements in the traditional composition of a facade from the L'Aquila region of Abruzzo such as the horizontal stone coping, the portals and rosette.