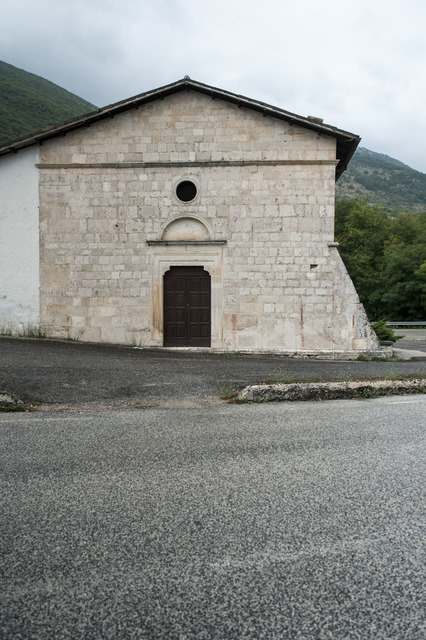 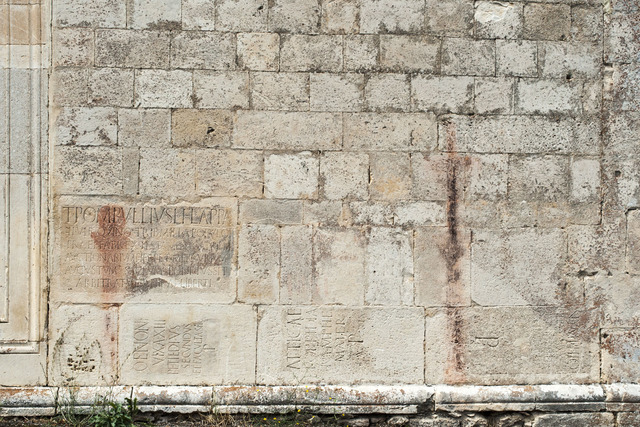 The church has a simple stone cottage form with rectangular stone elements cleverly positioned in horizontal rows in the tradition of the churches of the L’Aquila region in Abruzzo.
Several ancient Roman tombstones were used in the construction of the masonry facade and are still visible in the foundations. Dating back to the first centuries after Christ and from the districts Citarella and Dragoni, they have inscriptions in the Latin of the peligna poeple.
The middle section of the facade is accentuated by the presence of a Renaissance portal with a moulded frame and corner ledges and is crowned by a semicircular lunette.  Higher up, there is a circular oculus bordered by a simple frame.
Inside, the room is covered with wooden trusses that support the roof gables. Behind the altar, a wall niche houses a statue of St. John the Baptist.

The original building dates back to the 13th century, however during the 16th century it was completely changed as we can see by the presence of some architectural and decorative features on the facade.